“one of the Best Makeup Artists in Las Vegas…”

“Without a doubt I am surely one of the most experienced and versatile. I do both Makeup and Hair Styling.

Working as a Freelance Makeup Artist in Las Vegas has been wonderful for me. We have lived and worked in Las Vegas since 1994.  The city since, has become ever more  cosmopolitan and fashionable.

I can’t imagine working anywhere else. Even now when it seems everyone is suddenly a “makeup artist” and the cosmetology schools pump out new artists every few months, I still remain busy and in demand.” 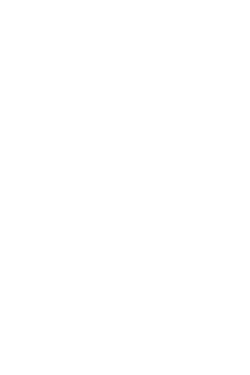 “My earliest jobs were for photographers. I have found that I really enjoy doing wedding makeup and hair styling. The Las Vegas Wedding is famous the world over and my Saturdays are often spent giving brides their dream look for their special day.

For our photo shoots I work with women of all ages, sizes and ethnicity. Making women look beautiful and exciting for these important occasions just makes me feel good.

It makes me feel very satisfied to know that when I finish, they feel happy and proud of how they look…

“I also do many Corporate Events, Conventions, Live Feeds, and Media Tours.”

There are many conventions and corporate events in Las Vegas and for them I work almost as much with men as with women.

I work regularly with everything from politicians, realtors, attorneys, doctors, nurses, to CEOs to “Soccer Moms’, while doing glamour make-overs and boudoir sessions and magazine layouts as well.

My clients hire me for that reason. They want and need to look their very best no matter the event or the purpose.

I do my best to make it happen.  Visit My Website Here

Photo of Christiné at age 14

She worked in all the different areas of the beauty and skin care business.

One of her clients, was Ursula (Uschi) Borsche a well known make up artist and hairstylist from the German film industry.

Uschi had just opened a large photography studio that was fast becoming a hub for much of the fashion and commercial photo productions being done in Munich at that time.

Off to Munich to Cosmetology School at 16 yrs old

There she assisted with makeup, and handled much of the model grooming, the nails, waxing etc. She was also helping in the studio operation, scheduling and customer service.

Big name clients such as the German Vogue, Bazaar, Marie Clare, and many others. It was exciting and fun and she learned a lot.

While working at the Munich studio she met me.  I  was shooting there. At that time I worked shooting glamour, centerfolds, editorial and ads for the German edition of Penthouse magazine.

Christiné had learned English in the school and we hit it off right away.  Seeing her natural talent and love for the work, John asked Christine to do some of the makeup and hair on his personal productions when Frau Borsche was unavailable.

She jumped at the opportunity and worked hard. She learned quickly and took training classes under another famed German makeup artist, Horst Kirchberger.

When I started shooting for Playboy I asked her to come and work for me full time.

From that day on Christiné did all of the makeup for my shoots, including all my covers, and hundreds of feature magazine layouts and centerfolds.

She also helped with the styling, translating and working with the models.  It was a great time and we worked a lot together.

My private production work was popular and models were plentiful. We traveled together to Paris, Ibiza, Mallorca, Athens and Hawaii.

My syndicated work was profitable and working for the magazines on staff became very confining.

The art director at the German Playboy and I did not get along well.  I decided to concentrate more and more on my private photo productions.   After four years living in Germany I was ready to move back to L.A.  and I wanted Christine to come too. I asked her to marry. On August 17th 1987 we married.

First Magazine Shoots Christine did in 1986

In L.A. Christiné was hungry to work in Fashion

They worked with couple of agents who sent them models and singers, and lots of hopeful actors and began doing actor and model headshots, portraits and portfolios as well as my men’s magazine productions.

She worked with one of my photographer friends, Rick Swinger who at the time was shooting almost everything for fashion magazine California Apparel News.

Rick was a great fashion photographer and she did dozens and dozens of fashion shoots with him.

She was also accepted with HMS Bookings Agency for fashion and commercial makeup work.

Through HMS and other contacts she worked with a wide variety of different photographers and production companies. It was a great time.

In 1992, the fires and looting from the L.A. riots came very close to our studio on LaBrea Avenue.

Buildings burned down on all sides of us.

Then in 1994, the earthquake shook the studio so violently it damaged much of their belongings.

They decided that it maybe was time to leave Los Angeles.  A couple of friends suggested they check out Las Vegas. They did just that.

We bought a large older ranch style home with a huge pool on 2/3 of an acre just 4 miles west of the Strip.

It was something we could never have afforded in L.A.  We rented a 2,000 sq. ft. space just a couple of miles off the Strip in what is now Chinatown and setup a studio there.

We have never for a moment regretted moving to Las Vegas. Las Vegas had plenty of models that wanted to be in the magazines in the early 1990s.

In 1996 started an Adult Internet site and Christine helped out in every aspect of running the websites.

The men’s magazine business was slowing down and my work on the the websites had taken time away for photography work.

A friend in the video production business suggested Christine contact a company that provided news feeds and satellite transmissions for the big News channels and the networks.

Leaving L.A. and moving to Vegas

In the early 2000s an average of 10,000 marriage licenses a month were issued in Las Vegas

It turns out that there were a lot of opportunities for an experienced and talented makeup artist who could also do hair.

Bridal hair and makeup for Las Vegas Weddings was one of those.

Christiné had always thought that she did not want to do weddings. She had heard about the Bridezillas.

But she began getting a lot of requests for wedding makeup and hair and after doing a few bridal makeups found out she really liked working with the brides and their families.

Bridal makeup and hair became a much larger part of her business.

Christiné’s website was a success! It was one of the first websites for a makeup artist in Las Vegas.

It got a lot of action. Christine did as many as 20 weddings a month. Combined with her other work there was more work than she could do alone.

I was very tired of the Internet business, The adult internet was being taken over by people we did not want to work with. I started shooting more again.

In 2005 I started LasVegasStudios.com doing glamour, fashion, boudoir and model portfolios and headshots.

the word got out, and together we started shooting more and more. life was good. Property values were sky-rocketing and Las Vegas was known as one of the fastest growing cities in America. Las Vegas was living its dream and everybody was euphoric.

Christiné was getting a lot of makeup and hair work from a variety of different clients.

I was back shooting again and one of her favorite jobs in those days was doing editorial makeup and hair for Scott Santos and STRIP Las Vegas magazine (Now called StripLV)  from 2005 to 2010.

Scott is a great photographer and shot the prettiest of the girls in the adult industry. He liked a fun, edgy, glamorous, fashion style of makeup and hair and the magazine was very well done and had very good printing.

Much of the work she did for him can be found in her Portfolio of Editorial Makeup and Hair.  These were extremely busy days for Christiné and with me shooting once again it seemed like it would never end.

By 2009 home values had plummeted. Major construction jobs just stopped, apartment complexes, hotels, casinos and   businesses, and hotels were shutting down. It was world wide and weddings in Las Vegas lost their attraction.

Weddings licenses issued in Las  Vegas dropped by almost 30% and Christiné’s wedding work dropped off as well. That was then…

Makeup and Hair in Las Vegas CAME BACK bigger than ever.

Weddings never did come totally back to the numbers from the early 2000s. But the city came back.

Las Vegas, was not the “bargain” it once was and there were still the unfinished hotels and apartment buildings, but they were being finished, and the real estate market was coming back.

Christiné has continued unfazed through it all.  She still does dozens of weddings annually and  the LasVegasStudios.com work has grown through the years. It all was keeping her busy doing the hair and makeup for our shoots as well.

She also worked regularly doing conventions, events, video productions, TV media and women who just want to look great for a night out.

CES and all the normal January, February conventions and such kept Christine busy. It was an Election year and the debates would be in town and lots of news and media people. Yes 2020 looked like it would be a hell of a year.

Las Vegas has given her the opportunity to meet the VIPs of Las Vegas and top artists, executives and politicians from all over the country giving her a VIP Client List with many well known names.

She would love to do Makeup and Hair for YOU!